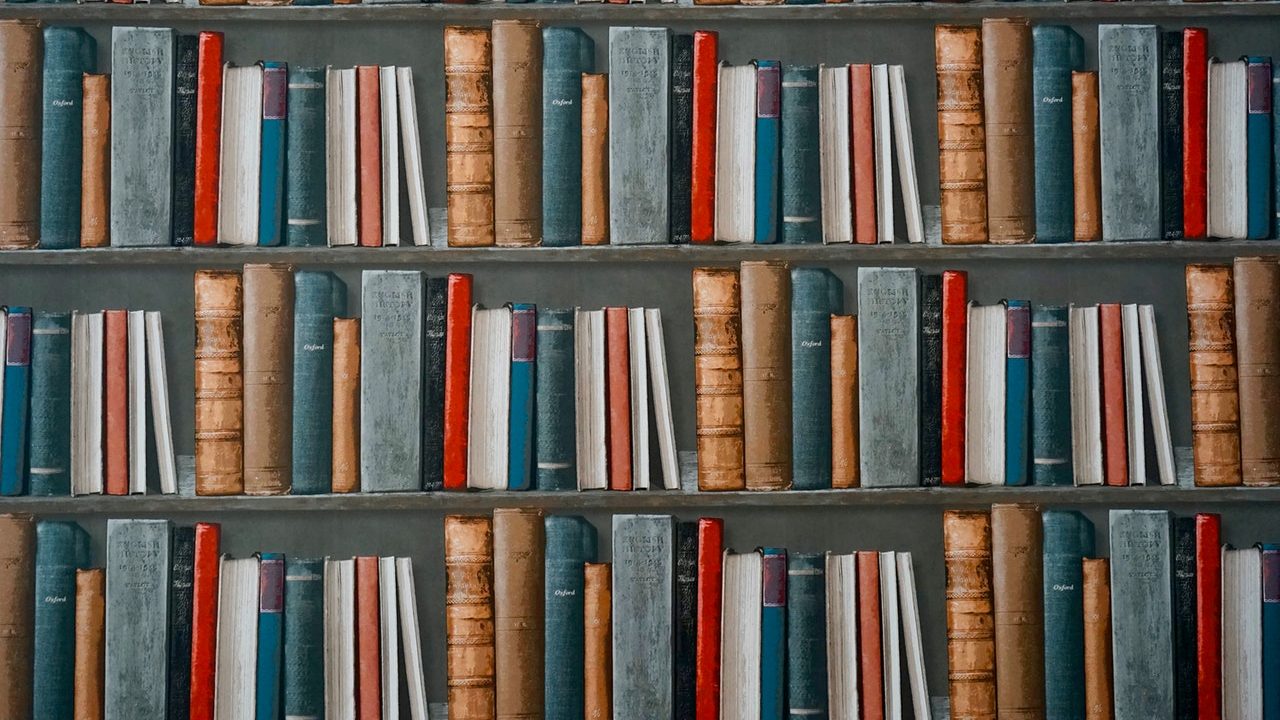 This article discussed knowledge management from a perspective of innovation projects. Khedhaouria and Jamal (2015) proposed a hypothetical framework that is evaluated using a robust multivariate analysis method, which provides the basis for conclusions about the hypothetical statements and creation of sustainable postulates on the way innovation project teams should manage knowledge needs.

Main Points: Khedhaouria and Jamal (2015) bring three main points on their research on project teams’ knowledge management: Investigate how the different sources of knowledge are used and correlate to projects’ performance output

Evidence: Khedhaouria and Jamal (2015) used a hypothesis based quantitative study. The substantive data for this research study was collected from a survey designed using psychometric study statistics (Cronbach, 1951), and questions based on the experience of multiple researchers on similar topics, mainly Gray and Meister (2004).

The survey demographics were thoroughly described by Khedhaouria and Jamal (2015), including the sources of the survey respondents, the number of companies (417), location, sectors, the respondents’ age range, position in company, academic preparation, and years of tenure in their positions. In addition, the project topics were identified as: organizational changes. communication systems. software implementation, facilities, products and services development, and research and development projects.

Analysis: The structure of Khedhaouria and Jamal (2015) article follows a series of hypothesis testing that provides a progression of the survey data analysis using multivariable regression method, Partial Least Squares (PLS).  The hypothesis testing approach is represented by a matrix of possible interactions between the learning orientation toward knowledge sourcing, knowledge creation and knowledge re-use. All possible combinations of hypotheses were examined based on three possible sources of knowledge that include sourcing from groups, knowledge repositories or the internet. A total of 12 different hypotheses were tested with the survey data. The hypothesis matrix and results of the statistical analysis were nicely summarized in the article (refer to figure 2, Khedhaouria and Jamal, 2015, page 941). In this figure, the authors provided the coefficient (β) for each hypothesis’ variable pairs, the t statistic and the probability level of each hypothesis pair. In summary, out of the 12 hypothesis pair combinations, 9 showed statistical significance that confirms the hypothesis. The model was found to be marginally acceptable from both the knowledge creation and re-use responses, with a level % R2 of 17 % for knowledge creation, and 9.1 % for knowledge re-use.

In summary the research of Khedhaouria and Jamal (2015) concluded the following theoretical points based on the hypothesis proof analysis:

Khedhaouria and Jamal (2015) also provided a series of practical recommendations based on their study, including the awareness of this information by team leaders for improvement of their team’s knowledge sourcing practices. Also, the data collected in this study demonstrate that the composition of teams can be optimized by forming the teams with members with heterogeneity of skills. In addition, regular team meetings and conversations on practices and project execution issues improves knowledge sharing and cognitive improvements.

Linkage:  The information provided by Khedhaouria and Jamal (2015), was nicely presented with strong design of study and results analysis. The approach started with a thorough analysis of the variables that affect knowledge management which were included in the survey analysis, this was clearly one of the most important elements of this article’s success. In addition, the authors showed a spirit of auto critic that can be used to further improve their work.

This article discusses knowledge management from a perspective of correlation to balanced scorecard outcomes. Lin (2015) proposed a hypothetical framework that is evaluated using a structured equation modeling (SEM) approach. This multivariate analysis method provides the evidence for conclusions about the hypothetical statements and creation of sustainable postulates on the relationship of knowledge management orientation dimension to business scorecard outcomes success.

Main Points: Lin (2015) brought one main point on this article; to demonstrate via a structured equation modeling approach that knowledge dimensions, including organization memory, knowledge sharing, knowledge absorption and receptivity can be correlated to balance scorecard outcomes like learning and growth, internal process, customer satisfaction and financial performance.

Evidence: Lin (2015) used a hypothesis based quantitative study to determine the correlation between the knowledge management orientation (KMO) dimension to the business scorecard outcomes (BSO). The substantive data for this research study was collected from a survey designed using psychometric study questions based on the experience of multiple researchers on similar topics. The questionnaire was designed to evaluate the effect of the KMO’s, organization memory, knowledge sharing, knowledge absorption and receptivity, against the BSO’s, learning and growth, internal process, customer satisfaction and financial performance.  The questions used the 5 level Likert scale from 1 to 5 as “strongly disagree” for a score of 1 to “strongly agree” for a score of 5.  The score value was used to define the quantitative score used in the model variable coefficient determination per study categories.

The relationship between KMO’s and BSO’s question groups provided the basis of hypothesis test pairs, to establish the significance of each KMO against each BSO and the BSO against other BSO. A total of 22 combinations of hypothesis pairs resulted from this analysis. The survey responses and demographics were thoroughly discussed by Lin (2015), the sample used for the SEM model was representative of 6 different industries at Taiwan for a total of 244 companies evaluated. The respondents were in majority senior members of the organizations and knowledgeable of the knowledge management process of their project teams.

Analysis: The model evaluation included a Chi-square test, which confirmed adequate model fit using various statistical tests, the goodness of fit was confirmed for each statistical test (refer to Table I and Table II, Lin 2015, page 1234).  The statistical analysis that provided the coefficient for each hypothesis pair indicated that from a direct effect perspective the organizational memory relationship to the customer satisfaction and the financial performance, neither the effect of learning and growth relationship to financial performance showed a coefficient of correlation with p < 0.05. All other constructs showed correlation coefficients with statistical significance showing p values either < 0.05 or <0.01 (refer to Table III, Lin 2015, page 1235).  On the other hand, when the direct and indirect effects of each hypothesis base are added, they all show statistical significant correlation coefficient.

The results obtained by Lin (2015) provided strong evidence of the effect of knowledge management orientation in business scorecard outcomes. The quantitative analysis performed provided a strong evidence, founded on robust statistical significance of the relationship between the KMO’s independent variables associated to the BSO’s dependent variables and covariation of the BSO’s as well. In conclusion, Lin (2015) indicates that their study strongly suggests that organizations must use learning activities and support innovative thinking on their project teams to reach project outcomes that enhance customer satisfaction and consequently improve their financial performance.

Link: Lin’s (2015) article was very well structured with information flow that was easy to follow. This article was structured like Khedhaouria and Jamal (2015). Actually, it appears to be a common structure used by this journal that makes the information flow similar between articles.  The quantitative technique demonstrated statistical robustness, based on the different model statistical evaluation criteria used. Lin (2015) also made a nice self-critique of her work including elements that need to be further evaluated like longitudinal research needs, analysis cross-industry or cross-country analysis.

Comparative Analysis of Articles and Application to a Fortune 500 Company

These two articles, Khedhaouria and Jamal (2015) and Lin (2015), provided a quantitative analysis of the knowledge management concepts that provided original and peer reviewed evidence of the relationship between elements of knowledge management and the process of sourcing knowledge and creating innovation (Khedhaouria and Jamal, 2015), as well as the orientations of knowledge management that relate to business scorecard elements. They both used different quantitative approaches but reach equally useful conclusions. Khedhaouria and Jamal (2015) use a PLS methodology, which produces elastic? evaluation of the independent and dependent variables set for the study, while in the case of Lin (2015) the structured equation modeling (SEM) establishes variable relationships including dependent and independent variables regression and co-variance analysis of the dependent variables for each hypothesis pair. Both methods showed adequate statistical robustness in the evaluation of the variables’ relationships.

Let’s use the example of Pfizer, Inc. to illustrate the adequacy of the conclusions made by Lin (2015) on her hypothesis testing. Based on Lin’s hypothesis test, there is a statistical significance between the direct effect of knowledge sharing and learning and growth (0.26, p < 0.01), internal process (0.43, p < 0.01), customer satisfaction (0.19, p < 0.05) and financial performance (0.21, p < 0.05).  Projecting these results, it could be hypothesized that Pfizer, Inc., which is showing excellent financial performance and customer satisfaction, should have robust knowledge sharing strategies that promote learning and growth and superior internal processes.

Looking at Pfizer’s SWOT analysis (MarketLine SWOT analysis, 2018), Pfizer’s strength derives from a strong innovation platform, that is fundamentally related to their business knowledge base. Opportunities being pursued by Pfizer are nourished by strategic collaborations which implies heavy knowledge base sharing with partner companies. Based on Pfizer’s financials, their approaches on knowledge management, showed to be successful. Between 2016 and 2017 Pfizer, Inc. experienced an operating margin increase from 17 % to 24.7 % a significant increase in the company’s profits that could be the envy of any industry.